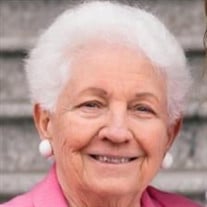 Zelda Dean Kohler Isaksen 1932–2021 Zelda Dean Kohler Isaksen died peacefully at her Midway home on June 13, 2021, after meeting the challenges of aggressive cancer. She was born on October 29, 1932, in Midway, Utah, to Albert and Elsie Kohler. She thrived on the family dairy farm and, with her twelve siblings, she learned to work hard, to enjoy play, and to sing regularly. She attended Wasatch County schools and graduated from Wasatch High School in 1950. Afterward, she attended Brigham Young University where she earned a bachelor’s degree and teaching certificate in elementary education. She taught in the Portland School District in Portland, Oregon, for 1 year. After her marriage to Larry G. Watts, Sr., in 1955, she taught school in the Provo, Utah, area for 1 year, and for 2 years in the Salt Lake City area. She then devoted most of her time to raising her seven children in Anaheim, California. After several years of single parenting, she married Henry L. Isaksen in 1974. They made their home in Rexburg, Idaho, until his retirement, when they moved to Salem, Utah, then to Koosharem, Utah, and then settled in Zelda’s hometown of Midway. She taught third grade for 16 years and retired in 1998. She continued to substitute teach while she devoted her time to Henry and his declining health. He passed away in 2001, and she retired from substituting in 2012. Zelda had an enduring love for and interest in family and friends, which extended to her ancestors and led her to a lifetime of devoted family history and temple work. She also worked at the Family History Center for 10 years. She loved to help young men excel in their quests toward acquiring the rank of Eagle Scout and worked in Scouting for 20 years. She was a lifelong member of The Church of Jesus Christ of Latter-day Saints and loved to serve in any way. She served with many wonderful people. She was a member of the Swiss Chorus, Choralettes, and the Daughters of the Utah Pioneers (DUP). She loved taking people to Dairy Keen. Zelda is survived by her children and their spouses: Carla (Aaron) Christensen, Paula Hicken, Jennifer Averett, Mark (Becky) Watts, Gary (Shawna) Watts, and Carrie (Dennis) Kilgore; her step-children and their spouses: Hank (Mary Ann) Isaksen, Nikki Korous, Kris (Bill) Zollinger, Larry (Debbie) Isaksen, Dave (Araceli) Isaksen, Ed (Cathy) Isaksen, Vernon (Gay) Isaksen, Amy Ellen (Ray) Fudge, Julie Isaksen, and Rich (Lynne) Isaksen; her daughter-in-law Ramona Watts; and 69 beloved grandchildren and 203 great-grandchildren. She was preceded in death by her son Larry Watts, Jr.; step–daughter-in-law Rhonda Isaksen; step–son-in-law Mike Korous; grandson James Wing; step-grandsons Chad and Seth Isaksen; and great-granddaughter Brooklyn Williams. Zelda is also survived by her sisters Barbara Christensen and Elizabeth Ritchie, brother Richard Circuit, and in-laws Dee Ritchie, Lou Ann Circuit, and William Hyde. She longed to be reunited with her other siblings and parents who preceded her in death. Mom, now it is our turn to say, “Tell us when you get home, so we know you made it safely.” Funeral services will be held at the Fort Midway Ward, 1102 South Center Street, Saturday, June 19, at 11:00 a.m., under the direction of Probst Family Funerals. The service may also be viewed at https://zoom.us/j/92880068429?pwd=YUlEYjVBSzdpb0MwdGNveG11cXZtdz09. Friends may call at the Fort Midway Ward on Friday from 6:00 to 8:00 p.m. and Saturday from 9:30 to 10:30 a.m. Interment is at the Midway City Cemetery. In lieu of flowers, donations may be given to the Christensen/Kohler Scholarship fund at BYU-Idaho at https://donate.churchofjesuschrist.org/donations/byu-idaho?funds=30687074.

The family of Zelda Dean Kohler Isaksen created this Life Tributes page to make it easy to share your memories.

Send flowers to the Isaksen family.