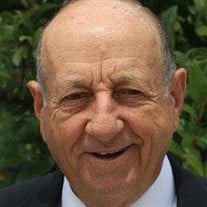 Tom was born on February 12 1934 to Frederick George and Zina Beus Cliften in Ogden, Utah. He grew up in a close knit community surrounded by loving aunts, uncles, and cousins close to the mountains where the Paul Beus family settled in Utah. He was expected to work hard, but enjoyed athletics. He was active in FFA in high school and ran track for Weber High earning a scholarship to Utah Agricultural College. In 1952 he served a mission to the Central States. On returning he met and married Carole Jeannine Wheeler in the Salt Lake temple. Being drafted into the army, he joined the 82nd Airborne to be able to support a family. On discharge he continued his education and graduated from Utah State University in Animal Husbandry and Ag Economics. He went to work for Swift & Company in Burley, Idaho; Yakima, Washington; and Ogden as a feedlot manager and livestock buyer. He later was employed by Meyers Bros. Feedlot in Sugar City, Idaho. He and his family lived in Rexburg and Salem, Idaho for 31 years. His employment included livestock buying, working for the Rexburg livestock auction, rework for Case Equipment, part-ownership of WC Timber, general farm work and eventually working as a custodian for the Sugar-Salem school district. After retiring he and Carole served in the Singapore Mission, the Philippines Tacloban Mission, the Missouri Independence FM mission and the Washington D.C. mission. Tom is survived by his wife, nine children ZoeAnne (Glade) Erickson, Jacqueline Cliften, Michael (Cindy) Cliften, Gina (Robert) Clay, Robin (Wade) Davidson, Paul (Monica) Cliften, Peter (Lisa) Cliften, Richard (Kim) Cliften, Jennifer Damarjian, 34 grandchildren, 11 great grandchildren, a sister Joan Carpenter and brother Robert (Elaine) Cliften. He was preceded in death by his parents, a sister, June Tucker and daughter Debra Tucker. Funeral services will be held on Friday January 29th at the Memorial Hill Ward in Midway. Services will be at 11:00 a.m. with a viewing from 9:30 a.m. to 10:45 a.m. In lieu of flowers, donations may be made to Humanitarian Services c/o LDS Philanthropies 1450 N. University Ave. Provo, UT 84604

Tom was born on February 12 1934 to Frederick George and Zina Beus Cliften in Ogden, Utah. He grew up in a close knit community surrounded by loving aunts, uncles, and cousins close to the mountains where the Paul Beus family settled in Utah.... View Obituary & Service Information

The family of Thomas Frederick Cliften created this Life Tributes page to make it easy to share your memories.

Send flowers to the Cliften family.