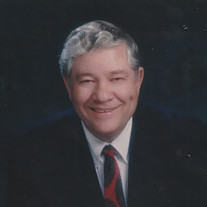 Terry William Lange passed away the evening of January 4, 2020 after a long, brave fight with Parkinson’s disease. Terry’s life will be remembered for his many acts of private and public service. Terry was born September 16, 1939 in his grandparent’s home in Byron, WY. He grew up in the Big Horn Basin in humble and often difficult circumstances. Due to family strife, he bounced around between friends and family members living with different families each year from the ages of 6 to 14. He found stability with his grandparents who took him in at 14. It was there under the positive influences of aunts and uncles that he joined the Church of Jesus Christ of Latter-day Saints. Terry and his wife, Kathy continued the pattern of kindness shown to him by welcoming into their home all who needed a safe and loving place to stay. Terry attended Byron High School where he was an editor, a photographer, a sports reporter, an actor in the school play, a student leader, a basketball player, and an all-state tackle. (Which sounds like he dominated but there were only 12 kids in his class.) Terry was able to serve a mission due to the generous donations of his first-grade teacher and other members of his ward. He loved the people of New Zealand and has always had a special place in his heart for the Maori people. Following his mission, Terry worked his way through college attending the University of Utah, Brigham Young University, and eventually earned a Master in Hospital Administration from Loma Linda University. He then helped pay for his youngest brother’s university education. Terry was sealed to the love of his life, Kathleen Stevenson on October 29, 1966 in the Los Angeles Temple. They had 5 children: Steven, Christopher, Amy, Douglas, and Hillary. As a married couple Terry and Kathy lived in Boron CA, Escalon, CA, Los Angeles, CA, and the place he truly considered home, Heber City, Utah. Terry began his career in healthcare as a laboratory technician, then an x-ray technician, and eventually a hospital administrator. He also worked many countless hours as an EMT in the Heber Valley. Terry served 16 years on the Heber City Council, often filling in as mayor pro tem. However, Terry’s favorite acts of service were private. He especially loved mowing the lawns and shoveling snow from the walkways of his neighbors. Terry is survived by his loving wife, Kathleen Stevenson; his children, Steven (Anne Van Kampen) Lange, Christopher (Carla Fisk) Lange, Amy (Scott) Nobis, Douglas Lange, and Hillary (Miles) Baum; his sister, Connie Godak; 18 grandchildren, and a myriad of adoring nephews, nieces, aunts, uncles, and cousins. Terry is preceded in death by his mother, Mary June Tanner; his father, William (Bill) Edward Lange; and brothers, Dyfrig Lange; and Mitchial (Mickey) Lange. Thank you to all who visited him and sent letters and cards over the years. Thank you to the loving caregivers who comforted our father through the end and wept with us in our loss. A special thanks to the hospice workers: You carry a heavy load, but you make a difference. Funeral Services will be held Friday, January 24, 2020 at 11 am in Heber City, Utah at The Church of Jesus Christ of Latter-day Saints, 521 E 500 N. Viewings will be held at the same location Thursday, January 23 from 6-8 pm and again on Friday before the funeral from 9:30-10:30. Friends and family may visit the online guestbook to share a memory of Terry at www.probstfamilyfunerals.com

Terry William Lange passed away the evening of January 4, 2020 after a long, brave fight with Parkinson&#8217;s disease. Terry&#8217;s life will be remembered for his many acts of private and public service. Terry was born September 16,... View Obituary & Service Information

The family of Terry William Lange created this Life Tributes page to make it easy to share your memories.

Terry William Lange passed away the evening of January 4, 2020...

Send flowers to the Lange family.