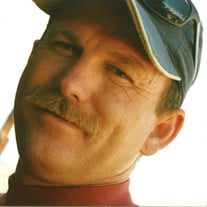 A very special person, Steven Ray Williams, 55, passed away Saturday, February 25th, 2017 in Salt Lake City, Utah. He was born August 2nd, 1961 in Pocatello, Idaho; the second child of Ray R. William and Beverly Boyce Williams. His father was an officer in the Navy and their family traveled and moved with each of his assignments. Steve spent his childhood in Benicia California, Hawaii, South Carolina, Virginia, back to Hawaii and back to San Diego California where Steve lived from 1972 to 1980. In 1980, Steve left to serve a 2 year LDS mission in the Raleigh, North Carolina Mission. Steve had a very strong testimony of Jesus Christ and was a devoted member of the Church of Jesus Christ of Latter Day Saints. He served in two bishoprics and in several young men organization positions, both at the ward and stake level. Steve met his sweetheart, LeAnn Nielsen, at Utah State University in Logan Utah in 1984. They became close friends lining each other up with their friends, sharing their love of snow skiing and taking college classes together. Then Steve moved to Irvine California to pursue an internship opportunity. At Christmas time in 1985, he came back to Utah to visit LeAnn. The two of them spent their time skiing and realized their friendship had turned into love. They were engaged on Valentine’s Day and were married on May 2nd, 1986 in the Logan Utah LDS temple. Steve and LeAnn graduated together May of 1989, both receiving their Bachelor’s Degree in Business from Utah State University. Steve worked for FedEx Services for 24 years and received numerous honors and awards, including the highest recognition of Presidents Award four times. In one of his awards , the Vice President of International Sales said “Clearly based upon your success, you’ve been able to draw on the resources necessary to turn the ordinary into extraordinary.” Steve retired from FedEx and started his “2nd career” at Yamato America as Senior Sales Manager. Steve loved spending his time with his family. His best friend and playmate was his wife, LeAnn. They did everything together. They continued their love of snow skiing and taught all of their kids to ski at young ages. It was their family tradition to all ski together on Christmas Day. He loved golfing, playing tennis, paddle boarding and scheming and carrying out pranks on their friends, neighbors and sometimes unsuspecting casual acquaintances. Everyone was a potential target for one of Steve’s mischievous, playful pranks. People were more important to him than tasks, success or wealth. He was fiercely loyal. His heart and his longing were for the San Diego Coastline where he spent his teenage years. Every year in August, for his birthday, the family would make a trip to San Diego so that Steve could get his time in the ocean where he truly felt at home. He loved his feet in the sand and the smell of the ocean. It was his sanctuary. Steve is survived by his best friend and soul mate of 30 years, LeAnn; his three children RiliAnne Williams(Trevin Jared), Ben Williams and Taggart Williams. His mother Beverly Williams; sister Serena(Jay) Jesperson; brothers David(Angela) Williams, Travis(Tiana) Williams and Brannon(Tammy) Williams. He was preceded in death by his father Ray R. Williams who passed away on September 16th, 2016. To his children, Steve was Peter Pan… ever playful… ever childlike. “You know that place between sleep and awake, the place where you can still remember dreaming? That’s where I’ll always love you. That’s where I’ll be waiting…” –Peter Pan Funeral services will be held at noon, Monday, March 6, 2017 in the Heber North Stake Center, 550 East 500 North in Heber City, Utah with Bishop Thomas Low conducting. There will be a viewing held on Sunday from 6:00-8:00pm and Monday from 10:00-11:30am at the stake center. Condolences may be extended to the family online by visiting probstfamilyfunerals.com

The family of Steven Ray Williams created this Life Tributes page to make it easy to share your memories.

Send flowers to the Williams family.