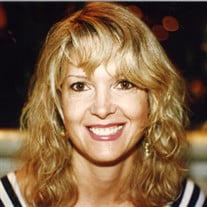 Obituary - Sandra Jean ["Jeanie"] Ogburn Rowe Sandra Jean ["Jeanie"] Ogburn Rowe passed away peacefully in her home in Heber City, Utah surrounded by her family. She was 71 years old. Jeanie was born June 30, 1947 in Detroit Michigan to Neil and Dorothy Wyllie. She graduated from Bentley High School in 1965 and from Oakland University in 1972 with BA in History and Social Sciences. After high school, during her college years and thereafter, Jeanie worked as an actress and was a successful print model in Detroit, Atlanta and Miami. As a member of SAG-AFTRA, she modeled under the name Jeanie Ross. She also obtained her Teaching Certificate and taught many years in Georgia. Not to be accused of being lazy, Jeanie obtained and held a salesperson license from the Georgia Real Estate Commission. She really enjoyed working in real estate. Jeanie was a regional account manager for Scholastic's Classroom and Library Group and won top sales awards from Scholastic for her efforts until her retirement. In 1996, Jeanie married Robert P. Rowe in Atlanta, Georgia where they lived until they moved to Rome, Georgia in 2002. They lived in Rome until Jeanie retired from Scholastic in 2014 at which time they moved to Heber City, Utah. Jeanie was a beautiful person, kind and gentle with class and elegance. As a daughter, sister, wife, mother, grandmother and friend she was loved and admired. She cherished her son Beau, husband Bob, family, current and lifelong friends. She will be missed. Jeanie is survived by her husband Robert P. Rowe, son Marty Lee Ogburn II, wife Ashley and granddaughter Indra; sister Sheila Dean, partner Tom Whalen; daughter Suzanne Kirkpatrick, husband Ken and their children, Austin, Preston and Laura; son Bob Rowe Jr., wife Angie and their children Colin and Braden Rowe; daughter Amy Hughes, husband Billy and their children Somers and Kashi and cousins in England and Wisconsin. The family wishes to express its sincere thanks to Jeanie’s physicians and care givers at Huntsman Cancer Medical Center in Salt Lake City, Utah and to the nurses and aids with CNS Hospice in Orem, Utah whose skill, love and care was a great comfort to Jeanie and her family during her illness. A celebration of Jeanie's life will be held at 11 o'clock on April 20, 2019 at The Church of Jesus Christ of Latter-Day Saints located at 715 East 600 South in Heber City. In lieu of flowers, the family asks that donations be made to Huntsman Cancer Foundation in memory of Sandra Jean Ogburn Rowe. For more information, go to huntsmancancer.org /ways to give. Please share your memories and photos with Jeanie on www.probstfamilyfunerals.com.

The family of Sandra Jean Ogburn Rowe created this Life Tributes page to make it easy to share your memories.

Send flowers to the Rowe family.