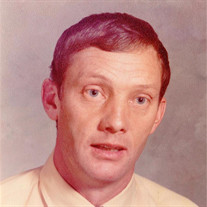 Heber City - Our father, husband, brother, and uncle, Val Ellis, passed away February 3, 2015. After living a full life, he will be missed and honored by many. Royal Val Ellis was born November 2, 1932 to Royal Edward Ellis and Leola “Gert” Gines in Tabiona, Utah. Raised in Heber City, he graduated Wasatch High, 1951. Val served his country during the Korean conflict, stationed in Germany. After an honorable discharge he served an LDS mission in the Northwest Central States. Married LaVern Casper (1957) in the Salt Lake Temple and together raised five children in Heber. Graduated from USU in Elementary Education (1961) then taught school in Blanding, Utah and Tonalea, Az. and then was employed by the LDS Church in the Indian Placement program for 10 years. Completed a Masters of Social Work at the Univ. of Utah (1971) and worked as a counselor and teacher for the Wasatch Co. School District until his retirement in 1989. Val was an industrious man who enjoyed his farm and horses, coaching his children in basketball, and teasing the grandchildren. He will be missed by his wife of 57 years, LaVern, and children; Mikle (Sharie), Dennis (Maria), Kelly (Jody), Shelly (Stacey) Rowlan, Brad (Nicki), 18 grandchildren, 6 great-grandchildren, and sisters LaWana Farnsworth, Lillie Kohler, Linda Kilpack, and Judy Lindsay. Preceded in death by his parents, brothers Phillip Ellis and Boyd Williams, sister Donna Stone. Funeral services will be held at 11:00 a.m. on Saturday, February 7 at the Daniel 2nd Ward chapel, 2285 S. Daniel Road, Heber. Friends may visit family on Friday, February 6th from 6-8 pm at the church and one hour prior to services. Condolences may be shared online at probstfamilyfunerals.com

Heber City - Our father, husband, brother, and uncle, Val Ellis, passed away February 3, 2015. After living a full life, he will be missed and honored by many. Royal Val Ellis was born November 2, 1932 to Royal Edward Ellis and Leola... View Obituary & Service Information

The family of Royal Val Ellis created this Life Tributes page to make it easy to share your memories.

Send flowers to the Ellis family.