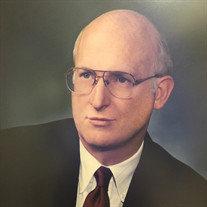 After battling lung cancer for a little over a year, Ronald Wade Miller (74) returned to his Heavenly Father on Monday morning, March 12, 2018. Born in California on July 9, 1943 he was the 4th out of the 5 children of Clyde and Arlene (Hampton) Miller. At Monrovia High School, he sang in the renowned concert choir and captained the Monrovia Wildcats basketball team to repeated glory. He received a full-ride basketball scholarship to Loyola University and after graduation served a full time proselytizing mission for the LDS church, starting in England but finishing up in the Western States Mission. In 1968 Ron married Donna Stevens, also from Monrovia. Ron then went on to study at USC Dental School class of 71 and followed by studying Periodontics at the University of Loma Linda. Ron served the Pasadena community as a Periodontist for 43 years, treating over 100,000 patients. His volunteer work as a leader in the LDS church and the Boy Scouts of America, amongst other organizations, and being a young father of 6 children kept him very active and busy. However, he always tried to break away to find time for a round of golf, a quiet fishing trip, a good book or a movie. On October 30, 1999, he married Ramona Redman and they continued to serve in the Pasadena community in their Periodontal practice, their church and their children’s schools until they moved to Midway, Utah in 2014. Ron is survived by his three siblings, Joan (Ken) Zerbel, Robert (Nicki) Miller and Terry (Kathy) Miller. He leaves a beautiful legacy of kindness, hard work, generosity and empathy to his 9 children. Danielle (Tyler), Justin (Marie), Brooke (Tyler), Lindsay (Joel), Morgan, McKenzie (Tadd), Reagan, Ethan and Josh (Brandy). He was a wonderful story teller and known as Papa Ron to his 13 grandchildren. He also leaves behind his devoted wife Ramona who has stayed by his side and angelically dedicated all her time, attention and care-giving to him in his final battle. He will be missed but we know he is still watching over his family and smiling. Funeral services will be held at 11:00 a.m. on Saturday, March 17, 2018 at the LDS Chapel located on 1102 S. Center St., Midway, Utah. A viewing will be held on Friday, March 16 from 6-8 p.m. and before the funeral service from 9:30-10:30 a.m. both at the LDS Chapel.

After battling lung cancer for a little over a year, Ronald Wade Miller (74) returned to his Heavenly Father on Monday morning, March 12, 2018. Born in California on July 9, 1943 he was the 4th out of the 5 children of Clyde and Arlene (Hampton)... View Obituary & Service Information

The family of Ronald Wade Miller created this Life Tributes page to make it easy to share your memories.

After battling lung cancer for a little over a year, Ronald Wade...

Send flowers to the Miller family.