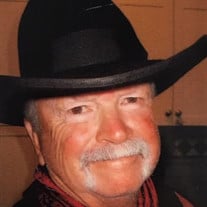 Robert George Hewson (Dr. Bob) 86, passed away October 24, 2018 at The Family Tree Assisted Living in Morgan. Utah. He was born September 12, 1932 to George and Jane Hewson in Seattle, Washington. He grew up in Rolling Hills, California and graduated from Redondo Beach High School in June, 1951. He served as a Medical Corpsman in the United States Navy from April 1953 to December 1954. He graduated from the University of California Davis with a degree in Veterinary Medicine in June 1958. He practiced as a veterinarian for more than 50 years in Southern California and Utah. He ran his own clinic for 20 years in Santa Ana, California. Robert married Rhea Sharon Trenberth, the love of his life, on December 20, 1952 They were married for 58 years. Dr. Bob had many hobbies and interests including tennis, skiing, boating, traveling and music. He started playing guitar in high school and learned bass and harmonica later in life. He formed the original Detour Classic Country Band in California. After he and Rhea moved to Utah, he was very active in the Utah bluegrass community. He formed the Detour Utah Band and played with his son Steve for many years at Bunny's Club in Coalville and many other venues. He loved to perform and be in the spotlight. He also loved camping at Bluegrass festivals in his trailer and jamming with all his friends. He is survived by his son Steve Hewson (Kim Pincetl), daughter Linda (Jay) Adams, son Roger (Janet) Hewson. Grandchildren; Manuel (Allison) Adams, Michelle Adams, Nicole (Travis) Eaglin, Julie (Stan) Smith, Heidi (Jentry) Lloyd and Jennifer Hewson; Great grandchildren-Bridger, Paisley, Lucas, Alta, Cynthia and Raelyn. A memorial will be held at 2 p.m. on December 1, at the Rockport Old Church below the Dam at Rockport State Park. In lieu of flowers donations can be made to the National Abilities Center, 1000 Ability Way, Park City, Utah 84060. Friends may visit the online guestbook and share a memory of Robert at www.probstfamilyfunerals.com

Robert George Hewson (Dr. Bob) 86, passed away October 24, 2018 at The Family Tree Assisted Living in Morgan. Utah. He was born September 12, 1932 to George and Jane Hewson in Seattle, Washington. He grew up in Rolling Hills, California and... View Obituary & Service Information

The family of Dr. Robert George Hewson created this Life Tributes page to make it easy to share your memories.

Send flowers to the Hewson family.