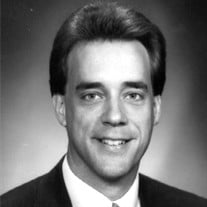 Robert &#8220;Bob&#8221; Reed Peterson suffered a heart attack and passed away on Thursday, June 29, 2017 at his home in Sandy, Utah. Bob was born February 4, 1960 in New Brunswick, New Jersey. He was the second of two children born to Karen... View Obituary & Service Information

The family of Robert "Bob" Reed Peterson created this Life Tributes page to make it easy to share your memories.

Send flowers to the Peterson family.