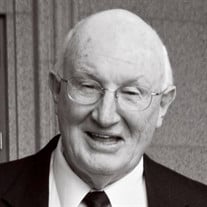 Richard “W” Montgomery Obituary Richard W. Montgomery was born on October 5, 1931 in Heber City, Utah, the son of Walter and Jean Clyde Montgomery. He passed away peacefully on December 29, 2020, surrounded by his family. Richard attended elementary and high school in Heber City. For most of his young life he worked with his dad raising cattle. He spent several summers herding cattle for the local cattlemen’s association. Richard spent one year at Utah State Agricultural College (USAC), now known as Utah State University, and subsequently received a mission call to serve in Eastern Canada for The Church of Jesus Christ of Latter-Day Saints. He enrolled at Brigham Young University for the fall semester because he was going to be leaving for his mission. The Korean War intervened, and the Church cancelled all the mission calls of those who had not yet departed. He returned to USAC and became active in the ROTC program. Upon graduation from college, he went immediately to Texas to begin pilot training in the United States Air Force. His first assignment was to Mather Air Force Base in Sacramento, CA. On his first Sunday in Sacramento, he attended church services with several of his fellow servicemen. John Huber, a friend of his from Midway, Utah, who was serving as a counselor in the Stake Presidency, was also in attendance. The Stake President, Albert Crandall, was nearby and John introduced Richard to Pres. Crandall. As he was leaving the building, Pres. Crandall, accompanied by his daughter, Joan, passed by Richard. The two met and thus began a 65-year companionship. Four children were born to the couple: Holly Ann (deceased), Alison (Jeff) Busch, Richard Scott (Kimberly) Montgomery and Sydney (Mark) Day, all of whom currently reside close to Richard and Joan’s home in the Sacramento area. During his lifetime, Richard served as a bishop for the Church for 12 years and a Stake President for ten years for two different stakes. Following this church service, he spent many years with the Interfaith Service Bureau of Sacramento. In addition, he functioned as the Coordinating Council Director of public affairs for 11 stakes in Northern California, a position he held until he was in his 88th year. As part of that assignment, he was the spokesperson for media relations during the construction of the Sacramento Temple. Later, he served as a sealer in the Sacramento Temple for several years. While serving as a bishop, he earned an MBA degree. For a period of time he was a bishop, a student, a husband, and a father while continuing with the Air Force, flying several nights a week and holding a full-time job. During his employment years, Richard worked for Aerojet Corporation in the Quality Control department. When Aerojet began downsizing in the late 1960s, Richard left the company and joined the California School Boards Association (CSBA) as a field executive. He developed a program for advising school boards throughout the state in selecting school district superintendents. He would stay at CSBA until he retired. Richard spent 28 years as a pilot in the Air Force, rising to the rank of Lt. Colonel while serving as a commander of a reserve squadron. Throughout his lifetime, Richard was an avid skier and served as a member of the Donner Ranch Ski Patrol. A highlight of his life was serving as a gate judge at the 2002 Winter Olympics in Salt Lake City. He loved to ski and did so into his 80s. He also loved to travel. He and Joan had the opportunity to visit many foreign countries. They loved cruising and particularly enjoyed an Alaskan cruise with the entire family several years ago. Richard had an infectious smile and a love for all people. He brightened the countenances of all who were in his presence. He was patient and loving while serving his fellow men, his country and his God. Richard is survived by his wife Joan, three children, 17 grandchildren and 12 great-grandchildren, as well as five younger siblings, Ann Percell, Mary Wootton, David Montgomery, Jane Kinsel and Jeane Kuhn. Funeral services for Richard will be held on January 7, 2021 at 11:00 a.m. at the Heber Utah North Stake Center at 521 E. 500 North. A visitation will also be held at 9:45 a.m., preceding the service. Burial and military rites will be held at the Heber City Cemetery following the memorial service. COVID restrictions will be observed and the wearing of face masks is expected. The funeral services will be available to view electronically. The link is: https://bit.ly/2KOwq28 Friends and family may visit the online guestbook and share a memory of Richard at www.probstfamilyfunerals.com

The family of Richard W Montgomery created this Life Tributes page to make it easy to share your memories.

Send flowers to the Montgomery family.