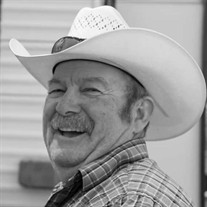 Paul William Baum was born November 9, 1952 in Duchesne UT to Ray J. Baum and Mary Pace Baum. Paul was raised in Fruitland, Ut where he learned good family values, working hard, and staying honest. Paul was first married in 1976 and later divorced, but he remained close with the Jones family. Paul then married Holly Defa on October 6, 1982. They had three children Jon, Amanda, and Shayne. He also has one grandson, who he adores, Beau. Paul travelled working construction for many years, before moving back to Tabiona Ut in 1994, when he started working for UDOT. He retired from the state in 2017. Whether we were hunting, fishing, riding side by sides, picnicking in the mountains, or camping up Red Creek at Crazy Camp, Paul was always having fun with his family and friends. He loved his family and put them first in everything that he did. Paul will be remembered for his happy personality, his willingness to help anyone in need, also his giant bear hugs, and contagious laugh. Paul was preceded in death by parents; Ray and Mary Baum, brother Robert (Bob) Baum, Nephew Vernon Baum, and Brother in law Jack Adams. Paul is survived by; Wife Holly Baum, Children Jon Baum, Amanda Baum, and Shayne Baum, Grandson Beau Baum, brothers Johnny (Carolyn) Baum of Woods Cross UT, Vernon (Shelia) Baum of Fruitland UT, Bruce (Lisa) of Elsinore UT, Sisters, Elaine Adams of Roy UT, Julie (Bart) Smith of Pearland TX, Also his best friend Dean (Peggy) Sweat of Tabiona UT. Paul is also survived by many nieces and nephews, cousins and friends, who were very close to his heart. A funeral service will be held at the Tabiona LDS Chapel on Friday, March 20, 2020 at 11:00 AM. Friends and family may visit the online guestbook and share a memory of Paul at www.probstfamilyfunerals.com

The family of Paul William Baum created this Life Tributes page to make it easy to share your memories.

Send flowers to the Baum family.