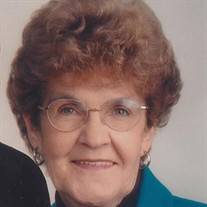 PATRICIA TERRY BROWN Our beloved wife, mother, grandmother, great-grandmother, special aunt, and friend died December 21, 2020 in Charleston. Pat was born September 1, 1933 in the Park City Hospital to kind and loving parents, Violet Sessions Terry and Patrick E. Terry. She was the oldest of 4 children. Pat loved her days of youth in Park City. Sledding down 3rd all the way to the Park City High School was the best, but walking back up “the hill” to the house was not so fun. She loved her parents and was devoted to her siblings Janice, Carolyn, and Tom and their families. They lovingly called her Tish. She loved her many aunts, uncles, and cousins, especially Aunt Al and Bill, who lived close by. She looked forward each year to family reunions when she could visit and share memories. Pat was active in the Catholic church where she sang in the choir and many other youth functions. She graduated from Park City High School where she was involved in many activities including operas. She was in the Park City Marching Band and the highlight of her senior year was when they performed during half-time of the East/West Shrine game in California. Pat treasured her dear high school friends, being a small class, they always stayed close. Pat loved to sing and dance. At a dance at Schneiders Hot Pots in Midway she met a boy from Charleston named Dean Brown. He offered to take her home, but Violet said, “absolutely not, if he wants to date you, he can come to the house tomorrow.” Which he did. Dean lived on a dairy farm and prior to their dating Pat only drank milk and had scarcely seen a cow! Ironically, she worked at Cudahy Meat Packing Company in Salt Lake while Dean was in the Army. They were married June 7, 1952 and moved into a two-room cabin next to her in-laws on the farm. Pat learned how to drive everything on the farm, mainly the 2-Ton hay truck as Dean stacked the hay. She fed and tended cows, calves, pigs, chickens and then her real joy, children. Alan was born in the Spring of 1953 and Terri in the Fall of 1956. The family farm was challenging, but through thick and thin working together brought a closeness that the family came to rely on. Dean worked at a local mine during the winter so that left Pat to do many of the chores. With some help from the kids, she milked cows, hauled saw dust, bedded sheds, ran kids to practice and ballgames, taught Brownie Scouts, cooked hamburgers and built floats for the Charleston’s July 24th Celebrations and she did it all while driving around in that 2-Ton hay truck. Pat sang with the Choralettes and worked with the Dairy Wives Association for years, serving both as President. She enjoyed working with the young girls in the Dairy Princess Pageants and appreciated their continued friendship throughout the years. Pat, along with her mom and sisters or mother in-law, bottled many jars of fruit in the Fall which tasted so good at family dinners and outings. She always kept herself looking nice and showed love by keeping things spotless and clean. After the death of Pat’s sister, Janice, in 1974 she helped raise five young nieces and nephews, Kathy (Ron) Carlile, Diane (Doug) Pope, Bob (Diana) Hyde, Jimmy (Becky) Hyde and Bill (Monica) Hyde. She loved being called, “Aunt Tish” by them and their families. Pat appreciated her dear friends and neighbors in Charleston. Each year, around her birthday, Sept. 1st, she and Dean, along with Hawk and Doris Webster would celebrate after a long year of putting up crops and working the farm and go on a short trip. Throughout the years, attending ball games were fun times as her son, her grandchildren, then great-grandchildren participated. She cheered for the Wasps but remembered the “good old rivalry games” with Park City. She enjoyed watching Terri ride her horse in many parades with the Red Ribbon Riders and coaching her on local church volleyball and basketball teams. Terri’s daughter, Amanda, was her joy and source of a good laugh. She was devoted to her well-being. She is survived by her son, Alan and special daughter-in-law Carol Lee Brown of Charleston, daughter, Terri Lynette Brown of Pocatello, ID; sister, Carolyn Terry Olsen of Midway; and brother, Tom (Sue) Terry of Salt Lake; 4 Grandchildren, Kam (Jenny), Alison (Tyler) Hoelzer, April (Ben) Humphrey and Amanda; and by 12 Grandchildren, Kym, Morgan, Reagan and Taylor Brown; Paige, Brynn, Noah and Fischer Hoelzer and Logan, Bowen, Adeline and Walker Humphrey. She was preceded in death by her husband Dean, parents, Patrick and Violet Terry; Sister, Janice Terry Hyde and her granddaughter, Kymberlee Brown. A viewing for immediate family will be held January 2, 2021 from 9:30 to 10:15 am at the Heber Valley Funeral Home located at 288 N Main St. Heber. Funeral Services will be held January 2, 2021 at 11:00 am at the St. Mary’s Catholic Church located at 1505 White Pine Canyon Road in Park City, Utah. The funeral will be live on Zoom and the ID number to join the meeting is: 435-654-5458. A celebration of life will be held at a later date. Burial will be in the Charleston Cemetery.

The family of Patricia Brown created this Life Tributes page to make it easy to share your memories.

Send flowers to the Brown family.