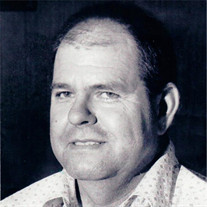 Max George Johnson, born in the Heber Hospital on October 24, 1927, died at home on January 27, 2015 following a short illness. He was the first son of George W. Johnson and Jennie Luella Pyper. They moved to Midway in September 1933 and Max lived in Midway the remainder of his life. He was very blessed to find the world’s best wife, Lila Mae Ross, and they were married in the Salt Lake Temple on May 17, 1950. Together they built a home in Midway and became the parents of ten children – 6 girls and 4 boys. They are Ross (Arnette) Johnson, Emory Johnson (deceased), Susan (Les) Corbett, Tim (Martha) Johnson, Julie (Van) Swainston, Mark (Jadine) Johnson, Mary (Troy) Coil, Linda Christensen, Sandra Thompson, and Rebecca Johnson. Grandfather to 20 grandchildren and 14 great-grandchildren. He is preceded in death by his parents, brothers Lowell and Keith, sister Ruth Anna, his son Emory, and three babies. He is survived by his loving wife, nine children, and by his sister, Georgia Dawn Clegg. Max and Lila Mae hosted thirteen children from Mexico who stayed with them for one year each to attend school, and four children from the Indian Placement Program lived with them at various times. Max graduated from Wasatch High School in 1945 and then served in the United States Army from December 7, 1945 until near the close of World War II as an arc-welding instructor. Following his army discharge, he returned to Midway and started his own business, working as a welder and mechanic, later becoming a heavy equipment operator and truck driver, spent twelve years as a school bus driver for Wasatch School District, then worked at Wheeler Machinery Company in Salt Lake City from March, 1966 until his retirement 28 years later. Following his retirement, he enjoyed working as a school crossing guard for Midway City for thirteen years. Max proudly served as a High Priest in the LDS Church and had a number of church callings throughout the years, was involved in community and church activities and was a member of the Swiss Chorus. He and Lila Mae became Midway’s Honored Citizens in 2008. Fervent thanks to all of you who made his life possible – he had a wonderful life, and loved calling Midway “home.” Special thanks to Lisa, Jill and Brittany from Home Health Care and Hospice for making his last days here so comfortable. Funeral services will be held Saturday, January 31st at 1:00 p.m. in the Fox Den Ward LDS Chapel (250 E. 200 S., Midway.) A visitation will be held at the same location on Friday evening from 6:00-8:00 p.m. and from 11:30 a.m.-12:30 p.m. on Saturday. Interment will follow in the Midway City Cemetery.

Max George Johnson, born in the Heber Hospital on October 24, 1927, died at home on January 27, 2015 following a short illness. He was the first son of George W. Johnson and Jennie Luella Pyper. They moved to Midway in September 1933 and Max... View Obituary & Service Information

The family of Max G Johnson created this Life Tributes page to make it easy to share your memories.

Max George Johnson, born in the Heber Hospital on October 24,...

Send flowers to the Johnson family.