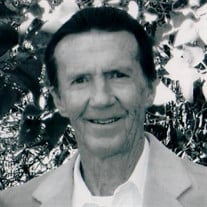 Martin, W. Muir, age 72, Heber City, Utah, died December 9, 2015, at Utah Valley Hospital, of heart failure, at 3:07 P.M. He was born March 24, 1943, to Dan and Katherine Muir, in Heber City. Martin married his sweetheart Judy on November 12, 1959. He always teased and said, “We got engaged in kindergarten and married in 1st grade.” They shared 56 years of love and companionship. He was our Coca-Cola King! He was a strong, brave man and honesty was important to Mart. He was very, very particular and a man’s word was his bond and he was a man of his word. He was a great husband, father, grandfather, and great-grandfather. He was the 4th of 5 children. He attended school in Wasatch and he was a life–long resident of Wasatch County. He currently resided in Center Creek with his wife, Judy. He loved mowing his lawn! It was highlight. Everyone rode by to see if Mart made it thru the winter and was out mowing! Mart worked as a truck driver until he retired. He loved being a husband, father, and grandfather. Mart was extremely musical and had his own band that played excellent music that would bring many to hear him play. He loved playing guitar and singing. He loved rides in the mountains in his red and silver truck. Mart was a very humorous and funny man to be around. He had a sharp wit and a keen mind. He was small but mighty! He is survived by his wife, Judy Bethers Muir, one and only daughter, Cathy Burgener, (late husband Don), one granddaughter Marti (Jared) Williams, 5 great-grandchildren. brother Cal Muir and sister Carolee Harmon. He is preceded in death by his parents, brother Tim Muir, sister Diane Horton, infant son Hal, son-in-law Don Burgener, one grandchild Jody Burgener. Mart didn’t want a funeral and viewing so in lieu of that, there will be a graveside service Saturday, December 12, 2015 at 11:30am in the Heber City Cemetery. Condolences maybe shared online at www.probstfamilyfunerals.com

The family of Martin W Muir created this Life Tributes page to make it easy to share your memories.

Send flowers to the Muir family.