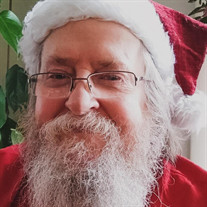 Martin Barre Draper 1946 – 2021 Martin Barre Draper, 74, passed away Tuesday, January 26th, 2021, at his home in Ogden, Utah. Barre will always be remembered as a wonderful Grandpa, a Dad, and a friend. Barre was born on September 17th, 1946, the son of Dr. Willard J. Draper, and Helen Martin Draper in Heber City, Utah. He spent his childhood in Heber City and was the oldest of 3 siblings. Barre graduated from Weber State University June 6th, 1970 with a Bachelor of Science degree in Microbiology. Soon after in 1971, Barre would start working for the Weber County Health Department and during his 34 year career he worked and gained expertise in nearly every Environmental Health program. Throughout his career, Barre became well known in the community as a volunteer. He was a member of the Weber County Sheriff’s Communications Team and he participated in Countywide exercises and special events. Barre was a volunteer for the Ogden Marathon, Real Men Can Cook Fundraiser, and the 2002 Winter Olympic Games. Barre loved gardening, fishing, Johnny Cash, the Dallas Cowboys, and the Utah Jazz. He also loved to see the bright red, orange, and yellow autumn colors every year around his birthday in September. Christmas was his favorite holiday and he looked forward to handing out presents and spending time with his two sons Nate and Chris, his grandkids Lexie and Makaylee, and the family dogs Hunter and Teddy. As an avid gardener, Barre grew the most impressive garden and loved sharing his expertise. In fact, he loved it so much he completed the Utah State University Extension Master Gardener Program in 1994. Every year you could find him volunteering during the Weber County Fair in the vegetable gardening area helping others and answering questions. Barre was also a great storyteller. He enjoyed talking about his hunting and fishing adventures and all the strange and funny things that he encountered throughout his life. His two sons and twin granddaughters will always remember going fishing with Grandpa. Barre enjoyed music, especially country western music. When he was younger, he played rhythm guitar in a band with his friends. Barre was a member of The Church of Jesus Christ of Latter-day Saints and was known by others to be kind, courteous, and knowledgeable. Barre will be missed greatly and remembered by all who had the opportunity to meet him. Martin Barre Draper is survived by his two sons Nathan Draper, a secondary school teacher in Portland, Oregon, and Christopher Draper who works for the Internal Revenue Service as a Senior Disclosure Analyst in Ogden, Utah. He has two high school age granddaughters Lexie and Makaylee Draper, and two dogs Hunter Boy and Teddy Bear. His ex-wife and friend, Pam Draper, still resides in North Ogden, Utah. He is also survived by his sister Diane and Neil Carlile, their three children Manndi, Draper, and Dynna, and their families. He was preceded in death by his parents Dr. Willard J. Draper and Helen Martin Draper and his brother Robert C Draper. An outdoor service will be held Thursday, February 4th, 2021 at the Heber City Cemetery from 1-2p.m. Online condolences may be sent to www.probstfamilyfunerals.com.

The family of Martin Barre Draper created this Life Tributes page to make it easy to share your memories.

Send flowers to the Draper family.