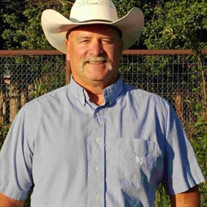 Mark Parker grew up a-dreamin’ of bein’ a cowboy. He burned up his childhood days roping and riding, taking occasional breaks to excel at Kearns High basketball. He wore out saddles and memories as a Weber State steer wrestler before advancing to the pro ranks, where he was the PRCA’s Wilderness Circuit champion in 1981, ’84, ’85 and ’92. When he wasn’t hauling horses, Mark was cooking for his three children (his chile rellenos were among many specialties), tending to his famed garden that fed a countless number of friends, coaching basketball, softball or volleyball, watching whatever sports were on TV, or maintaining a sprawling Taylorsville ranch with his father and two sisters. “Grandpa,” as Mark was endeared on the rodeo circuit long before he became one, continued as a bulldogger in his 50s, competitive deep into his career, though his hips only let him go so long. He retired from Granite School District in 2017 after decades of teaching teens how to ride their own silver stallions; he would return to wrangle the occasional go-round of driver ed. Shortly after retirement, Mark reconnected with a former crush, Cathy Bingham, who — by all accounts — made him the happiest he’d ever been. They wed in January 2018. Cathy, of Heber City, quickly encouraged his passion for the arena. Yes, he’d ride again. Mark won or placed in several team roping jackpots this summer. He and Cathy recently bought remote Arizona ranchland where he could train, she could crochet, and they could host family members for holidays and getaways. But on Thursday morning, Mark suffered a fatal heart attack, cutting short his plans to develop the desert paradise with the love of his life. Carrie Ruiz and Jill Atkinson, Mark’s sisters, maintain the Taylorsville ranch, which their father, Ross Parker, expanded shortly before his death in 2014. Beth Tripp, the mother of Carrie, Mark and Jill, makes sure everyone at the homestead and abroad is taking good care of themselves. Mark’s oldest, Nick, lives in the Washington region with his wife, Sara. Brittany Turner, Mark’s daughter, lives in Arizona with her husband, Dion, and their son, Kruz. Tyler, the youngest Parker, holds down part of the Taylorsville complex with his girlfriend, Mia Gallardo. Their mother, Lisa Condie, lives in Hurricane. Cathy’s children — Austin, Ty, Lana and Hadly — and her nine grandchildren keep her busy with card games and a home full of love. A viewing is set for 5-7 p.m. Tuesday at Heber East Stake Center, 2395 S. Mill Rd. A pre-funeral viewing at the church will take place Wednesday, 9:30-10:30 a.m., with the service scheduled to begin at 11. Those in attendance of either event are asked to observe safe social distancing. A funeral Zoom stream will be available at the meeting ID 4356545458. In lieu of flowers, please put on some Willie and Waylon.

Mark Parker grew up a-dreamin&#8217; of bein&#8217; a cowboy. He burned up his childhood days roping and riding, taking occasional breaks to excel at Kearns High basketball. He wore out saddles and memories as a Weber State steer wrestler before... View Obituary & Service Information

The family of Mark Parker created this Life Tributes page to make it easy to share your memories.

Mark Parker grew up a-dreamin’ of bein’ a cowboy.

Send flowers to the Parker family.