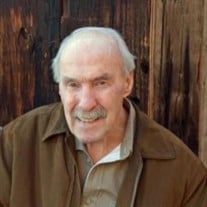 Kenneth Brent Parkinson, 79 yrs old from Heber City, Utah passed away on April 17, 2022. Brent was born on November 3, 1942 to Kenneth Samuel Parkinson and Glenious Coe Parkinson in Salt Lake City, Utah. Brent grew up in Bacchus, Utah until the age of 10, where they then moved their house to Magna, Utah, where he lived until the age of 16. He attended Cypress High School. Brent was preceded in death by his parents, Kenneth and Glenious, his sisters Bernice Cobbley and Delores Kearns, and his grandson Tyler. Brent married Evelyn Jean Knadle in September 1962 and went on to have 3 children, Julie Ann, Chad Brent and Shane David. They were later divorced. He then married Kathryn Ann Jensen on May 23, 1975 and they had a son, Benjamin B. Brent spent his life in the upholstery business from a very young age. He started in his first upholstery shop sweeping floors and painting the building. He worked many years honing his skills as an upholsterer in Salt Lake before moving to Heber City and opening his own successful business called Brent’s Custom Upholstery that he ran with his wife for over 30 years. He specialized in building and upholstering custom furniture. His business continues to thrive today and is ran by his son Benjamin. Brent was known for his passion and ability to create beautiful things out of wood. He was brilliant at working with his hands, imagining something in his head and then making it appear from wood, metal or fabric. Besides working in his wood shop Brent loved camping, fishing, and being outdoors, whether it was tending to his fish pond or working on his next amazing creation. Brent worked hard and loved his family even harder. He was a devoted husband and father who constantly strived to give his family a meaningful life. He loved his children and he loved being involved in projects with them, from building Go-Carts, racing his RC cars on his homemade race track on his property or building and launching model rockets with his boys. Brent loved to hang out with his daughter helping her pick out fabric from his shop for her next project and building beautiful crafts with her. Brent was always looking for a new hobby to keep him busy. He spent time building models trains, making the towns, bridges, and mountain landscapes from scratch. He took great pride in making everything himself. He loved his dog Jake, a Bernese Mountain Dog, who was at his feet every moment of the day. After his retirement, Brent enjoyed relaxing at his home, working in his shop, sharing stories about his childhood in Bacchus, Utah and his time spent working on his uncles farm in Ruby Valley, NV. He and his wife liked to sit and work on puzzles together in the last few months. They were best friends and enjoyed be at each others side working in the business and building a beautiful life together. Brent struggled with his health over the past 10 years and sadly lost his ability to continue his dream to build and create to make the world a brighter place. He peacefully passed away at Heber Valley Hospital on April 17, 2022 Brent is survived by a loving family, wife of 47 years, Kathryn Parkinson; his 4 children, Julie Ann Peters (Gina), Chad Brent Parkinson (Loreena), Shane David Parkinson (Christi), Benjamin B. Parkinson (Jennifer); 8 grandchildren; 11 great grandchildren as well as 1 on the way; and sister-in-law Debra McGill (Tom). We lost a very special man, husband, father, grandfather and great grandfather on that day. The cherished memories Brent created with his family will be remembered forever. He is whole again and smiling down on us all with new vigor. Graveside service will be held at Valley View Memorial Park and Funeral Home, 4335 W. 4100 S. West Valley City, UT 84120 on Monday, April 25, 2022 at 1:00 pm.

The family of Kenneth Brent Parkinson created this Life Tributes page to make it easy to share your memories.

Send flowers to the Parkinson family.