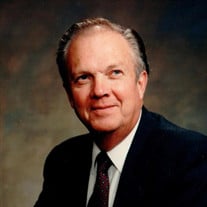 On June 8, 2015, Joseph Richard Nielson, age 83, was reunited with his loving wife Marilynn Zabriskie. Richard was born May 20, 1932 in Salt Lake City to Joseph Dennis and Helen Johnson Nielson. After graduating from Davis High Richard served honorably in the United States Army, stationed in Europe. He attended BYU for one year, and met his wife to be while working at Firmage’s department store. He served a full-time mission for the LDS church in the British Isles. He obtained a degree from BYU and began his lifelong career in retail. In 1973 Richard purchased a small mercantile in Midway, Utah and operated Nielson’s market for nearly 25 years. He cherished the association he had with members of the community and the opportunity to work daily with his family. He taught his children the value of hard work. Richard was president of the Midway Boosters. He also served as Midway City Councilman, hospital board member, and Swiss Days Chairman. As booster president he started the 4th of July firework show in Midway, 30 years ago. Richard was a faithful member of the Church of Jesus Christ of Latter Day Saints and served in many capacities including Bishop of the Hunter 10th ward. He loved serving in the temple and cherished the opportunity to serve a mission with his wife in Melbourne, Australia. He will be missed greatly by his 3 children, Steven (Launa), David (Susan), Suzanne (Darin Prince), his 14 grandchildren, and his great granddaughter. He was preceded in death by his wife Marilynn, his parents Joseph Dennis and Helen, and his granddaughter Janae Nielson. Services will be held Monday, June 15, 11 a.m. at the Memorial Hill Ward LDS Chapel, 250 East 200 South, Midway, Utah. Friends and Family may call at the church Sunday evening, June 14, from 6 to 8 p.m. and from 9:30 to 10:30 a.m. prior to services on Monday. Following the services, Richard will be laid to rest at the Midway Cemetery.

The family of Joseph "Richard" Nielson created this Life Tributes page to make it easy to share your memories.

Send flowers to the Nielson family.