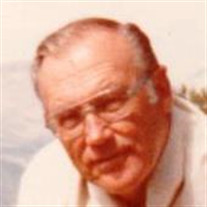 Ira William (Bill) Thomas passed away peacefully October 14, 2014, at Elk Meadows Assisted Living Facility in Oakley, Utah. He was born August 7, 1927 in Salt Lake City to Ira Carrington Thomas and Lyle Bonner. He graduated from South High School where he met his high school sweetheart, Afton Petersen. They were married in the Salt Lake Temple on August 26, 1947. Bill is survived by his wife, Barbara Prescott Thomas; his children, Ira Mark Thomas of Denver, CO; Ann (Ken) Yardley, and Tracey (Jim) Martinos both of Midway, UT; 9 grandchildren and 5 great-grandchildren. Also survived by his three sisters: Shirley (Stanley) Kilbourne of Salt Lake City, UT; Pauline (Edward) Phillips of Alpharetta, GA; and Kay McDonald of Salt Lake City, UT. He was preceded in death by his parents. He was a lifelong athlete, playing baseball and football for both Mesa College in Grand Junction, CO and the University of Utah. He graduated from the University of Utah, with degrees in education and engineering. He worked as an engineer for Chevron Oil until he retired at the age of 57. Bill loved to golf and ski and worked as a ski instructor and as a member the National Ski Patrol in both Utah and Colorado. He was an avid outdoorsman who loved the mountains. He loved to camp, fish, and backpack. Some of his favorite trips included being air lifted into Alaska and back packing 50 miles into the back country. He also loved horses and he and Afton had a small ranch in Golden, CO before retiring to Midway, UT in 1985. He was a great example to his children of honesty, hard work, and integrity. But he became their greatest role model and hero as he served Afton as her gentle caregiver during her long battle with colon cancer. Afton passed away in January of 2000. Bill met and married Barbara Prescott of Francis, UT in 2002 and she was his dear companion and sweetheart for 12 years. The family would like to thank the staff at Elk Meadows for their loving care and kindness while Bill made his home there for the last 2 ½ years in the Alzheimer’s wing of their beautiful country community. Funeral services will be held in the Midway 2nd LDS Ward Monday, October 20, 2014 at 11:00 AM. There will be a viewing one hour prior to the services at the same location. Interment will take place at Mountain View Memorial Estates in Salt Lake City.

The family of Ira "Bill" William Thomas created this Life Tributes page to make it easy to share your memories.