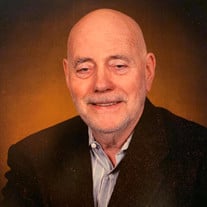 Francis E Smith 1932~2020 Heber Valley, UT- Francis Elmer Smith, age 87, our loving father, grandfather, and friend, passed away comfortably and with peace after a brief but intense struggle with pneumonia on March 23, 2020. Born on July 30, 1932, in Los Angeles, California to Helen Feeney and Ralph Kunz as Francis Elmer Kunz, he was adopted 21 years later by Al Smith as Francis Elmer Smith. Married Janet Richards December 29, 1962, in Los Angeles, California, and lived together in Southern California until moving to Utah in 1979. Francis served his country in the U.S. Air Force from 1951 to 1955, stationed at McChord AFB Tacoma, WA and Hickam AFB, and Honolulu, Hawaii as an Aerial Weather Observer where he participated in hydrogen bomb tests in the South Pacific at Enewatak Atoll. He attended Glendale College and graduated with Academic Honors and was the student body president. He then went on to attend UCLA and graduated in engineering in 1960 with Highest Honors. He spent his career as a Professional Civil Engineer and Professional Land Surveyor registered in the States of California, Oregon, and Utah. He operated a consulting engineer practice in Land Planning, Civil Engineering and Land Surveying since 1964 in California and since 1979 in Utah for a total of 45+ years, retired in 2008/2009. He served his communities as the President of: Hidden Hills Mutual Water Company, Round Meadows Homes Association, Hidden Hills Homeowners Association, Toastmaster International, Canoga Park, Heber Valley Rotary Club, Heber Valley Chamber of Commerce; he also served on numerous technical boards in Wasatch County; worked with the Salvation Army and CCS Soup Kitchen for the past 22 years; and was a member of the Sunrise Sobriety Meeting of Alcoholics Anonymous. Francis was passionate about landscape photography, reading and writing on spiritual and mystical subjects, Porsche automobiles, and the beautiful and artistic in all of its forms. He was a devout member of the Catholic Church from 1932 until the end of his life. He had German and Irish nationality, which he believed instilled him with the appreciation of hard work and fun times, respectively. He believed in personal responsibility for ones actions, and entrepreneurial spirit, extreme hard work, the ability to pursue very long term goals, a sense of joy and happiness in all endeavors, a deep sense of the spiritual regardless of religious or philosophical platform, and a sense of appreciation for the arts and style in nature, land planning, architecture and personal endeavors and possessions. He tried to impart these values to his children, grandchildren, and to those around him. He is survived by his two sons, Jason Smith and Rick Smith, and his three grandchildren, Simon, Riley, and Amethyst. He is preceded in death by his parents, and dear wife Janet Smith. In celebration of his life, a gathering will be held at a future date which has yet to be determined, due to the current restrictions put in place as a result of the Covid-19 pandemic. For updates about this event, please contact his grandson at [email protected] Condolences may be sent to the family at probstfamilyfuneral.com

The family of Francis E Smith created this Life Tributes page to make it easy to share your memories.

Send flowers to the Smith family.