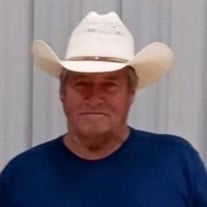 Gene Chatwin was born April 10, 1954 to Clifton David Chatwin and Shirley Fae Monks Chatwin in Heber City, Utah. Gene grew up in Midway with five brothers and two sisters. He married Cindy Dudley and they had two children, Bruce and Clifton. They later divorced, but stayed the best of friends. Gene later married Sheila Mair. She brought her two daughters, Emily and Jamie into the mix, which made their family complete. Gene always considered ALL of them his kids. Gene and Sheila were sealed in the Provo Temple in 2002, just six months before she died. They were everything to each other. Gene worked in the heating business with his brother Jerry and then drove a water truck with his brother Ron for many years. He was very industrious all of his life and had many ventures going on. He owned and operated Tracer Barricades, had a pilot car business, and a construction clean up business. Gene was always busy, but he loved spending time visiting with everyone and we all loved it too. Gene had a gentle soul and a loving, giving heart. He was a friend to everyone. If anyone was in need, Gene was there to help no matter what the circumstances were. There wasn’t a day that went by that he wasn’t helping someone. He was so Christlike. Gene was a faithful member of The Church of Jesus Christ of Latter-day Saints. At the time of his death, he was a Ward Missionary. Gene is preceded in death by his parents, his wife Sheila, and two of his brothers, Ron and Jerry. He is survived by his children: Bruce (Cindy) Chatwin, Heber, Clifton (Stacy) Chatwin, Orem, Emily (Robert)Tanner, Heber, and Jamie Smith, Heber, 19 Grandchildren and 14 Great Grandchildren. His Brothers and Sisters: Julie (Dennis) Wheeler, Spanish Fork, Maurice (Julie) Chatwin, Marcellene (Mark) Provost, Dennis (Donna) Chatwin, Randy (Becky) Chatwin, all of Heber. His two Sisters-in-Law: Lynn Chatwin (Ron), SLC, and Rose Chatwin (Jerry), Roosevelt. Gene, We as a family are truly going to miss you. Your smile, laugh, jokes, and your goodness and wonderful example of Christlike service to everyone you came in contact with. You have left a big hole in our hearts, but know that we will be with you again. We Love You Gene! Funeral Services: Heber 6th Ward 1365 East Center Street, Heber City. Viewing - Sunday October 17, 2021 4:00 - 6:00 PM Viewing - Monday October 18, 2021 9:00-10:45 AM Funeral - Monday October 18, 2021 11:00 AM Internment at the Heber City Cemetery. Funeral will be streamed live at this Link https://my.gather.app/remember/eugene-chatwin

The family of Eugene Chatwin created this Life Tributes page to make it easy to share your memories.

Send flowers to the Chatwin family.