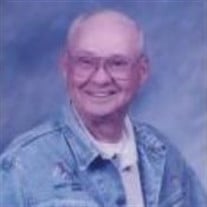 Edward Francis Brophy August 23, 1928 - September 7, 2015 "Broph," as he was known to family and friends, was the sixth of eight children raised by Irish immigrant parents, graduating from St. Joseph's Prep School and living in Philadelphia, Penn., for his first 35 years. He honorably served his country during the Korean War, working in Signals Intelligence for the United States Army. He married Charlotte McLeod and raised his family in Silver Spring, Md., for nearly 30 years. After a 42-year career with AT&T in the Washington, D.C., area, Broph relocated to Park City in 1993 to be close to his daughter and her family. Broph embraced Park City. He enjoyed watching local construction, eating at his favorite bar, Doolan's, attending parades and local events, cheering on women's fast pitch softball, and worshipping at St. Mary of the Assumption Catholic Church. He played on local volleyball and co-ed softball teams, and helped coach in later years. He was the first recipient of the "Brophy Trophy" a local award given for sportsmanship. He was very happy to come out of retirement to work part time as a travel rep, visiting many locations throughout the world. He also worked at PCMR selling lift tickets, and at the Olympic Store on Main Street. For many years, he volunteered at the National Ability Center. He regularly attended Park City council and planning commission meetings, and was vocal about growth issues. Broph was a big proponent of roundabouts for improving traffic flow, and he was happy when the Deer Valley circle and other traffic circles near Redstone were installed. "Pop-pop," as he was also affectionately called, loved to be with his grandchildren, whether it was a sport or dance event, a school activity, or just going to Burger King for lunch. He will be remembered for his favorite one-line jokes, coin collecting, and giving hugs so hard they hurt. He is survived by one sister, Marjorie Donoghue (John), former spouse Charlotte Brophy, and three daughters, Eileen Kintner (Peter), Kathryn McCabe (Shawn), and Karen Wilund (Kenny); as well as six grandchildren, Nathan and Alexandria Kintner, Sarah and Madeline McCabe, and Jake and Candace Wilund, all of whom loved their Pop-Pop with all their hearts. A memorial service is planned at St. Mary's Catholic Church at White Pine on Oct. 24 at 10:30 am, followed by an Irish wake. In lieu of flowers, donations to St. Mary's Church, the National Ability Center, or the Utah chapter of the Alzheimer's Association would be greatly appreciated.

Edward Francis Brophy August 23, 1928 - September 7, 2015 "Broph," as he was known to family and friends, was the sixth of eight children raised by Irish immigrant parents, graduating from St. Joseph's Prep School and living in Philadelphia,... View Obituary & Service Information

The family of Edward Francis Brophy created this Life Tributes page to make it easy to share your memories.

Send flowers to the Brophy family.