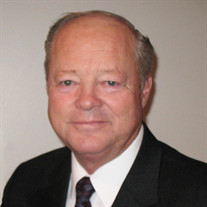 Duane J. Sweat (82) returned to his Heavenly Father Tuesday, January 11, 2022. He passed away at his home in Center Creek, surrounded by his loving family, just a stone&#8217;s throw away from the house where he was born on September 1, 1939.... View Obituary & Service Information

The family of Duane J Sweat created this Life Tributes page to make it easy to share your memories.

Send flowers to the Sweat family.