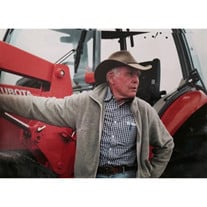 Douglas Barney Rather Jr. was born in Las Vegas, NV December 1, 1934 the oldest of three children, (Barbara and John) born to Douglas Barney Rather Sr. and Theresa Pearce Rather. During Doug’s formative years their family lived in Boulder City, NV, Standard , CA, and Anchorage, AK. Doug held many fond memories of each of these places, but Las Vegas was his home and he spent most of his life there. As a youth he attended Mayfair, 5thStreet Grammar, and John S. Park Schools. He attended Las Vegas High School and graduated in 1953. He stayed in touch with many of his old friends and remained an active member of the LVHS Alumni Association throughout his life. After high school he attended Brigham Young University. He was a member of the Tau Sigma Fraternity and ROTC. He later graduated from Nevada Southern University (the forerunner of UNLV) with a degree in business in 1967 and The National Dry Cleaning Institute in Silver Spring, Maryland. He went on full time mission for The Church of Jesus Christ of Latter Day Saints in 1955 to the Northern California Mission. He served in the Army Reserve for 12 years and was drafted for four of those years. In 1957 he married his high school sweetheart Sharon Marshall. Doug was a jack of many trades. He worked as a stock broker, salesman, P.R. man for Kaiser and Bechtel Engineering Firms, and as a construction foreman for Southwest Construction Co. before opening several successful dry cleaning and restoration businesses in Las Vegas that he operated for nearly 40 years. He retired from full time work three years ago at the age of 80. He served as president of the Fabricare Association of Southern Nevada and was active in the Republican Party and many Civic organizations. He was a lifelong member of The Church of Jesus Christ of Latter Day Saints where he served in many capacities over the decades. He served as a worker in the Las Vegas LDS Temple for several years. He was a volunteer leader in the Boy Scouts of America. He was a friend and employer to many young people. He loved children and dogs and was a great father and grandfather and acted as an attentive surrogate father to 7 of his 15 grandchildren. He was known for his kindness and generosity and was loved respected by many. He is survived by his wife Sharon Marshall Rather of 62 years. Children: Wendy Bolick (Rob), Juliette Berkabile (Steven), Tom Rather (Tamara) , and Doug Rather (Vandi) , 15 grandchildren, two great grandchildren, 6 step grandchildren, brother John Rather (Susan), and numerous in laws, nieces and nephews. Funeral services will be held on Saturday, August 4that the Church of Jesus Christ of Latter Day Saints Heber City, Utah 9th Ward Chapel 325 East 500 North Heber City Utah, 84032-1307. Viewing: 10:30-11:30 a.m. MST Funeral: 12:00. Graveside services will be held the following Monday, August 6that 9:30 a.m. MST at the Washington City Cemetery, 300 Park View Drive Washington, Utah 84780. Everyone is welcome to both services.

Douglas Barney Rather Jr. was born in Las Vegas, NV December 1, 1934 the oldest of three children, (Barbara and John) born to Douglas Barney Rather Sr. and Theresa Pearce Rather. During Doug&#8217;s formative years their family lived in Boulder... View Obituary & Service Information

The family of Douglas Barney Rather created this Life Tributes page to make it easy to share your memories.

Send flowers to the Rather family.