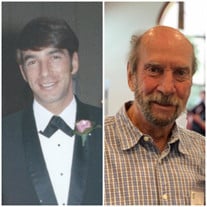 Derrell Reeves lost his 2 ½ year battle with lung cancer on January 2, 2022 at their new home in Springville, UT with Teddi and Tara by his side. He was born on March 3, 1942 in Enid, OK. His family moved to Orem, UT when he was 2 ½ years old, where he grew up and graduated from Orem High School. He attended Southern Utah and Utah State University, before graduating from Brigham Young University, after which he was drafted in the US Army. During college, he worked for Wiscombe Paint Company, doing commercial painting and worked for them after returning from Vietnam. While painting the oil refinery in Billings, MT, he met the love of his life, Thelma (Teddi) Dobias in May, 1969. They were married in December, 1969 in Cartwright, ND and moved to Salt Lake City, UT. Derrell worked in the Computer Department at Hercules for a year after they were married. He decided to follow his dream of becoming a stockbroker, which he did, and loved, for 45 years before retiring in 2013. Teddi and Derrell had one daughter, Tara, born in December, 1977, and moved to Park City, UT in March, 1978, where they lived for 43 years. Teddi and Derrell were season ticket holders for Golden Eagles Hockey and University of Utah football for several years. They loved to camp during their entire married life and still own a 40-foot fifth wheel. They have great memories of their camping and golfing days with good friends in Morgan, UT and Bear Lake, UT while both were still working. After retirement, they spent half the year in their fifth wheel between Bear Lake in the summer, and Mesquite, NV, Pahrump, NV, and Parker, AZ in the fall and winter for eight years. Derrell’s cancer treatments replaced going South the last two winters. He was very athletic and played softball, baseball, and football in school. After moving to Park City, he played tennis and racquetball. He was an avid golfer, bowler, and skier for many years. He was a member of St. Luke’s Episcopal Church in Park City and St. Mary’s Episcopal Church in Provo. Although it was very hard to leave Park City, taking care of a big home and yard became too much with Derrell’s failing health. They bought a home in Springbrook Villas community in Springville, UT; moved in September, 2021, and sold their home in Park City. They love their villa and being close to Tara and family. Derrell is survived by his wife Teddi; daughter Tara (Brigham) Boshard; grandsons Bryson and Riley; brother Dale (Faye) Reeves; brother and sister-in-laws Dick and Aone Wedel and Dave and Donna Lloyd; and many nieces and nephews. He was preceded in death by his parents Bill and Rubye Reeves; brothers Billy and Bob; In-laws Bill and Lillian Dobias; brother and sister-in-law Bob and Sue Adams. A viewing will be held on Friday, January 7, 2022 from 6-8 PM at Heber Valley Funeral Home, 288 N. Main Street, Heber City. Funeral Services will be held on Saturday, January 8, 2022 at 11 AM at St. Luke’s Episcopal Church, 4595 Silver Springs Drive, Park City. Interment will be held at the Park City Cemetery, 1300 Kearns Blvd, Park City. Everyone is welcome! Derrell was a friend to all and loved by so many!! Oh, how we will miss him! In lieu of flowers, please consider a donation to the George E. Wahlen Department of Veterans Affairs Medical Center (https://www.cdceportal.va.gov/donate_online/) or the Huntsman Cancer Institute (https://healthcare.utah.edu/huntsmancancerinstitute/foundation/ways-to-give/). To view the services live, or re-watch the services, please visit https://my.gather.app/remember/derrell-reeves

Derrell Reeves lost his 2 ½ year battle with lung cancer on January 2, 2022 at their new home in Springville, UT with Teddi and Tara by his side. He was born on March 3, 1942 in Enid, OK. His family moved to Orem, UT when he was 2 ½ years old,... View Obituary & Service Information

The family of Derrell Gene Reeves created this Life Tributes page to make it easy to share your memories.

Send flowers to the Reeves family.