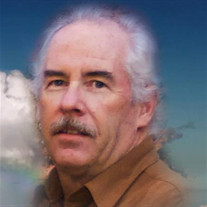 Our friend and beloved Dave Hansen passed away peacefully in his home with his children by his side on January 12, 2018 at 3:15 am from cancer. He was born on April 16, 1955 in Huntington Park, CA. Dave was preceded in death by his mother Ursula, his Aunt Kath and his wife of 30 years Tamre (Tami) Wickern Hansen. He is survived by his wife Cristina, his twin brother Mark, his daughter Jessica Moon (husband Paul), and his son Daniel (wife Amanda). He has five grandchildren, Abigail, Nicholas and Adelynn Moon and Eli and Owen Hansen. Dave was a wing walker and an avid parachutist when he was younger. He logged more than 2,400 jumps and formations throughout his life. He was always up for an adventure. He raised his family in California and enjoyed living in his Heber City neighborhood the past 15 years. He appreciated and spoke often of the pure hearts and kindnesses of his friends and neighbors there. Besides his strong love for his family he also had a true passion for airplanes. Dave first built an RV-4 kit- plane which he nicknamed “ Lil’-Tag-Along” that he flew with a group of Stearman biplane enthusiasts. His patriotism for the freedoms of America was shown through his purchase and restoration of a WWII Era 1945 Lockheed PV2 plane that he named the Attu Warrior. He loved flying and shared the bomber with others through many air shows and the Warbird Warriors Foundation. In July, 2015 Dave had the privilege of flying Colonel Gail Halvorsen (known as the candy bomber) in his restored bomber as the Colonel made one of his final candy drops. Dave’s love for planes, WWII memorabilia and honoring US Veterans was evident to all who worked with him in the aviation field. He was a pure artist and craftsman in his airplane restoration work. He was always happy working in the hangar and spending time with his friends at the airport. Dave was loved by many and was a person you could call upon for anything. He was a loyal friend to all he knew. Dave’s sense of humor, quick wit and passion for all he was involved with will forever stay in our memories. Services will be held on Thursday. January 18, 2018 with an open friends and family gathering at 10 am and the funeral service beginning at 11 am at the Church of Jesus Christ of Latter-Day Saints meetinghouse chapel located at 1365 E Center Street, Heber City, Utah 84032. Immediately following, he will be buried alongside Tami in the Heber City Cemetery. In lieu of flowers, donations in memory of Dave are encouraged to the Lifting Hearts Foundation Breast Cancer Support Group (www.lifting-hearts.com).

Our friend and beloved Dave Hansen passed away peacefully in his home with his children by his side on January 12, 2018 at 3:15 am from cancer. He was born on April 16, 1955 in Huntington Park, CA. Dave was preceded in death by his mother Ursula,... View Obituary & Service Information

The family of David Daniel Hansen created this Life Tributes page to make it easy to share your memories.

Our friend and beloved Dave Hansen passed away peacefully in...

Send flowers to the Hansen family.