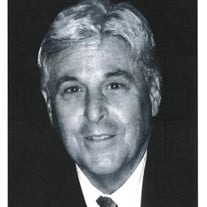 David Thayne Bellessa, 72, of Midway, Utah, passed away on August 3, 2021 after a yearlong battle due to complications from a stroke. David was born on April 9, 1949, in Seattle, Washington to James Lloyd Bellessa, Sr., and Jeanne Ann Bingham. He was the second of five children. David graduated from Brigham Young University in Provo, Utah, from which he received a B.A. in Communications in 1974. He was an active and faithful member of The Church of Jesus Christ of Latter-Day Saints. He served in the North Central States Mission from 1968-1970. He also served as a senior missionary in the Philippines San Pablo Mission from 2015-2017. David courted and was married to Amanda Kay Murray on June 21, 1974 in the Salt Lake City Temple. They were married 27 years before her passing on March 18, 2000. He married Hilma Strebel Stratford on October 25, 2003 in the Mount Timpanogos Temple. David worked as Vice President of Marketing and Sales for many well-known companies, including Burger King, Pepsi, Ocean Spray, and Tony Romas before transitioning to sell real estate for Summit Sotheby’s Park City. He was larger than life and loved all he met. He was a devoted husband, father, and grandfather. He was an avid skier, golfer, and loved to work in his yard. He enjoyed coaching his children’s sports teams when they were young. David is survived by his wife of 18 years, Hilma Strebel Stratford; his two children Greg Bellessa (Kim) and Elisabeth Bellessa Biorn (Kelly); siblings James Bellessa, Jr., Clark Bellessa, Patty Bellessa Groesbeck, and Kay Bellessa Rostrom; along with five beautiful grandchildren. He also loved Hilma’s four children (Amy Stratford Barker (Brian), Travis Stratford (Sara), Sally Stratford DeFord (Willie), Calder Stratford (Starr) and Hilma’s eleven grandchildren. David is proceeded in death by Amanda Kay Murray Bellessa (first wife), James Lloyd Bellessa, Sr. (father), and Jeanne Ann Bingham (mother). He will be deeply missed by friends, family, and all who knew him. Services will be held on Saturday, August 14, at the Midway Stake Center of The Church of Jesus Christ of Latter-Day Saints located at 165 N. Center Street. A viewing will be held from 9:30-11:30 am that morning with the funeral service at noon. All are welcome to attend a casual celebration of David’s life on Friday, August 13 from 6:30-8:30pm at the Bellessa home, 625 N. Homestead Drive in Midway. For those who can't attend the service in person, it will be streamed live via Zoom. Please see probstfamilyfunerals.com for the link. https://us06web.zoom.us/j/83651605606?pwd=UHkvVmEzNHdEcXVNQkY2WHlXZkFEQT09

David Thayne Bellessa, 72, of Midway, Utah, passed away on August 3, 2021 after a yearlong battle due to complications from a stroke. David was born on April 9, 1949, in Seattle, Washington to James Lloyd Bellessa, Sr., and Jeanne Ann Bingham.... View Obituary & Service Information

The family of David Thayne Bellessa created this Life Tributes page to make it easy to share your memories.

David Thayne Bellessa, 72, of Midway, Utah, passed away on August...

Send flowers to the Bellessa family.