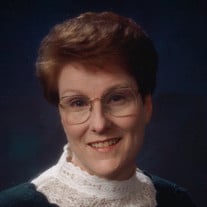 Claudia Kay Hevener Bradshaw passed away February 16, 2019 at Utah Valley Hospital from heart-related issues at the age of 72. She was born to John Claude Hevener and Lola Mae Gilmore Hevener on June 12, 1946 in Long Beach, California. She graduated from Woodrow Wilson High School in Long Beach in 1964. After high school she attended Long Beach Community College for two years. She then completed her bachelor’s degree at Brigham Young University in history, followed by a master’s degree in library science in 1970, also at BYU. While attending BYU and working at the library there, Claudia met Jeffery M Bradshaw, her future husband and the love of her life. They were married in the Los Angeles Temple on June 27, 1970, and shortly thereafter made their home in Heber City, Utah. At age 14 Claudia joined The Church of Jesus Christ of Latter-day Saints, and was a faithful and devoted member the rest of her life. Over her lifetime she served in many church callings, including Relief Society president, Relief Society secretary, Sunday School teacher, Young Women adviser, and many years of service in the library. She was especially passionate about family history work, spending countless hours on her computer and at the family history center researching her genealogy. It was Claudia’s lifelong goal to become a librarian. She worked in libraries during junior high, high school, junior college, college, and later at the Park City Library. In addition, she served as a ward librarian for approximately 15 years. She was also a stake librarian for a number of years. Another great passion of Claudia’s was serving the Wasatch County School District as a member of the school board. She was elected to five terms and served for 20 years. Claudia is survived by her husband, Jeffery M Bradshaw, her brother James (Patti) Hevener, her four daughters, Holly (Jeffrey) Kohler, Amy Anderson, Becky (John E.) Rimmasch, and Emily (Brandon) Jacobson, and 14 grandchildren. She was preceded in death by her parents, John and Lola Hevener, and her mother and father-in-law, Ray and Merle Bradshaw. A viewing will be held this Friday, February 22nd from 6:00 - 8:00 pm and Saturday, February 23rd from 9:30 - 10:30 am at the 12th Ward church building at 1205 West 650 South, Heber City. A funeral to honor her life will be held at this same building following the second viewing, on February 23rd at 11:00 am. Burial will be in the Heber City Cemetery.

Claudia Kay Hevener Bradshaw passed away February 16, 2019 at Utah Valley Hospital from heart-related issues at the age of 72. She was born to John Claude Hevener and Lola Mae Gilmore Hevener on June 12, 1946 in Long Beach, California. She graduated... View Obituary & Service Information

The family of Claudia Bradshaw created this Life Tributes page to make it easy to share your memories.

Send flowers to the Bradshaw family.