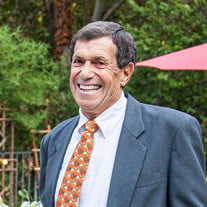 Bruce Steven Morra passed away in his sleep on the morning of January 1, 2022, at the age of 67 at his home Park City, Utah. He is survived by his wife of 41 years, Catherine Tiedemann Morra, and their three children and grandchildren: Jonathan (Jamie), and children Annabelle, Will, and Andrew; Sarah (Rich), and children Maddie and Sammy; and David (Lisa). He was also survived by his sister, Rochelle Morra Bass. Bruce was born March 7, 1954 to William and Barbara Morra in the Bronx, New York. His little sister came two years later and the duo enjoyed a childhood of neighborhood games and fun in Spring Valley, New York. Growing up, Bruce was always an athlete and quickly picked up a variety of sports, which he subsequently passed along to his children. An accomplished student, Bruce graduated from Princeton University, where he studied chemical engineering and met the love of his life, Cathy. Bruce then received a PhD in polymer science and engineering and an MBA from the University of Massachusetts Amherst. After completing his doctorate, Bruce and Cathy married and moved to Freiburg, West Germany, where Bruce did post-doctoral research. They enjoyed weekend explorations in Europe and learning to speak German. Bruce loved to travel near and far, particularly enjoying new places and adventures for each getaway. Bruce and Cathy moved back to the States in 1981 and lived in such exotic locations as Hockessin, Delaware; Parkersburg, West Virginia; Brookfield Center, Connecticut; and Basking Ridge, New Jersey. Bruce and Cathy raised their family in Basking Ridge, New Jersey, in a house full of love. Bruce was very active in his children’s lives, coaching many of their sports teams. He was ever present at all of the games, even through high school and club college leagues. Bruce enjoyed a successful career in the chemical and medical device industries, working first for large companies and then putting his MBA to work as an executive with start-up companies. Bruce and Cathy moved to Park City full-time in 2009 to enjoy a life of outdoor activities. In a good year, Bruce would clock in over 100 days on the slopes at his favorite Utah mountains, notably home mountain Deer Valley. On any given summer day, you could find Bruce careening down mountain bike trails, hiking up Bald Mountain, or playing a round of golf sometimes all in a single day. Ever a jokester and always full of life, Bruce was the joy of any social gathering with family or friends. He was first on the dance floor and revelled in showing off his “unique” dance moves. He was active in the Park City Mountain Sports Club and volunteered regularly at the Park City Institute and the Egyptian Theatre. He quickly greeted you with a smile and loved to make friends everywhere he went, garnering him the nickname “Mayor” from some of his friends in town. Bruce was easy to meet and impossible to forget. In lieu of flowers, please consider a donation to the National Ability Center or the charity of your choosing.

Bruce Steven Morra passed away in his sleep on the morning of January 1, 2022, at the age of 67 at his home Park City, Utah. He is survived by his wife of 41 years, Catherine Tiedemann Morra, and their three children and grandchildren: Jonathan... View Obituary & Service Information

The family of Bruce Steven Morra created this Life Tributes page to make it easy to share your memories.

Bruce Steven Morra passed away in his sleep on the morning of...

Send flowers to the Morra family.