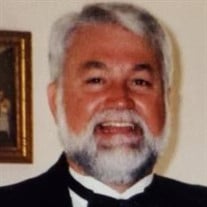 Brent Giles, 66, of Heber City, Utah began his final adventure on Sunday, March 14, 2021 in his home surrounded by his family. Brent was born on December 10, 1954 in Heber City, Utah to Royal and Audrey Giles. He graduated from Wasatch High School in 1973. Brent married his best friend, Dorothy (Gurule) on January 7, 1972, and they shared 49 wonderful years together. Brent’s greatest joy was getting into an RV with Dorothy and exploring the United States. He never worried about the destination, he just enjoyed the journey. Brent and Dorothy had two children – Brent A. Giles and Jenn (Mike) Avila; 6 grandchildren: Savannah (Hunter) Ketterer, Macee Giles, Jacob, Joshua, Jaxson and Jillian Avila. Brent retired from Powdr Corp after 38 years as Chief Sustainability Officer. Under his leadership, Powdr became an industry leader in environmental stewardship and reduced it’s resorts’ carbon footprints exponentially. On behalf of Powdr Resorts, the Mountain Resort Division, Brent received numerous awards for its environmental initiatives including the CLIF Silver Eagle Award for Excellence in Energy Conservation and Clean Energy, and the NSAA Golden Eagle Award for Environmental Excellence. Brent was instrumental in the Save Our Snow study that looked at the effects of climate change on the ski industry. Brent humbly described himself as “just a farm boy from Heber” and was known affectionately by his coworkers as “Mr. Green Jeans.” Brent believed that children were the answer to fighting the effect of climate change, which is why he spent countless hours educating people of all ages through presentations at schools, conferences, and universities around the country. To honor Brent’s memory, his wish is that we would all do our part in fighting climate change. For tips on how to do that, please visit: https://archive.curbed.com/2017/6/7/15749900/how-to-stop-climate-change-actions Due to his wishes, a celebration of life was already held with his family.

Brent Giles, 66, of Heber City, Utah began his final adventure on Sunday, March 14, 2021 in his home surrounded by his family. Brent was born on December 10, 1954 in Heber City, Utah to Royal and Audrey Giles. He graduated from Wasatch High... View Obituary & Service Information

The family of Brent Giles created this Life Tributes page to make it easy to share your memories.

Send flowers to the Giles family.